There are many hidden assumptions in the design and operation of lab environments today that are based on constraints encountered while conducting research decades ago. This is despite the relatively common availability of technology and tools (cloud computing, software engineering, informatics theory, lab automation, robotics and industrial operations practices) that could be employed to deliver a dramatically faster, more reliable, more reproducible, and, ultimately, more cost effective lab.

Lab notebooks are a good example of this phenomenon. Despite the conversion of lab notebooks from paper to digital, many carry over antiquated features from their analog lineage. For example, many ELN systems are configured to require signatures (born out of a need to verify who entered what data), despite having a digital audit system that logs every change made by every user. The tendency for value derived from application (of a new technology) to lag well behind the advent of that innovation is nothing new.

More than 100 years ago, productivity improvements from swapping bulky steam powered infrastructure for compact electric motors in manufacturing plants were similarly disappointing. Manufacturers at the time used giant steam engines that drove a central shaft to turn belts and gears that powered subsidiary shafts to drive looms, presses, hammers, and other powered machinery. The advantages presented with the advent of electrical motors were obvious: if you needed to run a single machine you didn’t have to turn the whole factory on, the risk of fires from rapidly turning cogs, shafts, and belts was much lower, and not to mention the reduced risk of a worker’s sleeve getting caught in the equipment. These new motors could slot right into the old systems, enabling power to be drawn from a nearby generating station. Despite motors and electrical grids having been available since the late 1800s, up until around 1910 entrepreneurs building new factories often opted for steam.

In order to realize the potential of the electrical motor, factory owners had to think very differently about the design of their factories. Electrical motors were much more versatile and could be placed at the point of use. While steam-powered factories had to be designed around a central driveshaft, electric-powered factories were freed from this legacy constraint, allowing factories to experiment with and evolve their layouts, often with dramatic results. Interestingly, 50 years elapsed between the advent of the technology and its full application in manufacturing practice.

Similarly, the conceptualization of ECL was a fundamental reconsideration of how laboratories can function, considering all of the technologies and tools available to us today, and represents a significant shift from a traditional laboratory environment. What does this shift look like to a scientist in practice? First and foremost, you’re never in the lab. You use a software application to specify your entire experiment, and that experiment is remotely executed according to your exact instructions in an ECL facility. When your experiment is completed, the application makes it easy to view and analyze your results, and decide what you want to do next. We’ve been quietly developing this technology for years, and we’re excited to start to share it with the world.

We didn’t initially set out to create ECL, it was built out of necessity. In 2010 Emerald Therapeutics was founded and faced a hard truth: its ambitious research program outstripped its capital and time resources, at least if following a traditional path. Confronted with this, we asked, how can we do this 10x cheaper and 10x faster? The answer was revealing: a holistic study of the full lifecycle of an experiment, from ideation to incorporation of results into the next experiment, showed that the major inefficiencies often have little to do with the actual bench work. Running a series of mass spectrometry studies might take days, but you might also spend a week waiting for supplies, weeks troubleshooting the instrument, and months reproducing the results from another scientist. If your goal is to speed up science, you often get more leverage from solving these meta problems surrounding the experiment rather than improving the capacity or speed of the instrument itself. Accelerating the experiment is important, but it is only one piece of the larger puzzle. From this realization, ECL was born inside Emerald Therapeutics as a platform to make science better, faster, and cheaper because the alternative was certain failure.

This challenge required a full-stack solution that managed everything going into, coming out of, and happening within the lab, including:

We then built a new lab that integrated these ideas and tackled thousands of other problems that only emerge when you attempt to run a multi-user, multi-process lab that can execute any experiment remote clients specify on the fly. And we mean remote — on another continent, never-even-seen-our-lab remote. (Our all time favorite is a scientist who checked on her dozens of simultaneous experiments while on a beach in Hawaii.)

The endeavor has a positive feedback cycle. When we codified each action in an experiment and field tested it in our lab, we realized it was easier to debug errors. When we diagnosed the error, we pushed the fixes into ECL’s system, so ECL would always run the experiment properly and never forget it. ECL’s codebase became our institutional memory, so ECL always remembers that you need to plug the USB dongle into the flow cytometer before turning it on, even if the scientist who figured that out left the company. In this way, ECL is the accretive knowledge of a decade of operational experience processing millions of samples encoded by a talented development team with over a century of cumulative bench experience. ECL does not forget so Scientists do not forget; every problem solved is permanently fixed, and each experiment we run adds to ECL’s knowledge about how to run experiments successfully and efficiently.

This holistic platform approach comes with a host of other benefits. Reproducibility becomes routine because experiments are unambiguously defined and archived, making the effort to rerun an experiment a matter of a few clicks. Our lab throughput and capital efficiency are much higher than a traditional lab, because we can predictably enumerate the set of tasks and resources needed for each experiment and efficiently pair them with unused resources. Areas of the lab ripe for additional automation become more obvious when you can quickly view the duration of every task in the lab, further enhancing our lab velocity. Better, faster, cheaper.

ECL was spun out of Emerald Therapeutics in 2016 to allow it to fully realize its potential value to the broader scientific community. ECL took on a range of large and small companies as beta customers, who have pushed millions of samples through our system, tested the boundaries of our platform, and facilitated continuous improvement along the way. We have historically kept a low profile because we’d always rather show than tell, but after years of painstaking development, ECL is now open for new clients. Come along on our mission to transform science by enabling your scientists to run your experiments in the cloud.

Are you interested in learning more about how ECL can enable your team? Contact me directly at toby.blackburn@emeraldcloudlab.com or send us a note at contact@emeraldcloudlabcom to schedule a virtual tour and demo.

The ECL provides significant value over the path of performing… 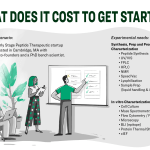 How third party interpretation of your methods lies at the heart of the many hidden costs associated with outsourcing work to CROs.

Listen to our co-founders talk about their background, early days… 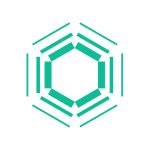